How to overcome fear of public speaking? 24 Jul How to overcome fear of public speaking?

I will share the secret today how to overcome fear of public speaking and if I did it to myself I firmly believe anyone can.

Like certain illnesses, such as diabetes, anxiety disorders, attacks might be caused by chemical imbalances in the body. Studies have shown that severe or long-lasting stress can change the balance of chemicals in the brain that controls mood.

Human beings are wired for fears.

If your body is in motion you will create emotions.

Fear is an emotion.

The emotion of fear is controlled by amygdala.

Amygdala is linked to the parts of the brain that govern your senses, muscles and hormones – enabling your body to react quickly to the sight or sound of a threat which causes different emotions like anxiety,fear,happiness,excitement,power of possibility.

Due to their interrelation ,fear causes anxiety and anxiety can cause fear.

Hey I am not a science geek!

I am just a public speaker 🙂

But, if you deep dive into root levels, the biggest challenge in public speaking is fear of speaking on podium.Shockingly, it is one of the topmost phobias in the world.

Glossophobia is the name of the phobia causing fear of public speaking.

Now, going by the logic that humans are wired for fears, we have to accept it.

Yes, I am telling you.

Don’t worry, I’ll tell you how to overcome the fear of public speaking at every stage here.

Believe it or not, phobias are part of our lives. Here are a few phobias which I have observed amongst people around me; 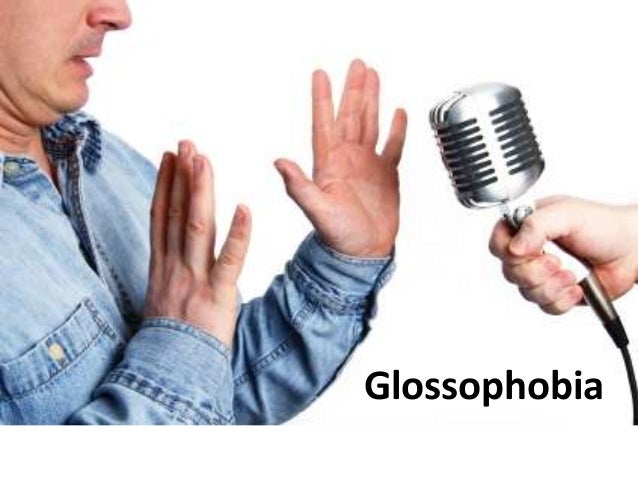 Check the Top 100 phobias of the world here: https://www.fearof.net/

In one of the Tedx event organized by Delhi Technical University few months back, I witnessed and met one of the speakers – Ms. Sandra Colhando, an English Honors from Delhi University & Leadership coach. She confessed in her talk that ,“My life was miserable until I did sky jumping to get rid of fear and transformed my life.”

Fear exists but so does solutions. It depends how you feel about overcoming it.

For public speaking while you are called at the podium,you can note and apply this formula of AWARE to quickly change your notions;

A – accept the fear, don’t try to brawl.

W- watch the fear, breath in and out with full force at least 5 times.

A – act normal and smile whenever you can.

R – repeat AWA in the mind again to strengthen your confidence.

E- expect the best as a speaker and be proud cos you have earned it to speak on podium.

It will help immensely and you will feel better.

Hey! Don’t worry I am not finishing, it has just begin. 🙂

Talking about my fear and how I overcome fear of public speaking;

I had a fear of public speaking and I realized later on that the only way I can overpower this emotion is by speaking more at different avenues and deep diving more into this subject. This process of changing the mind conditioning is referred as *Systematic desensitization. I read about this psychology behavior in the book called Speak to win by Brain Tracy. 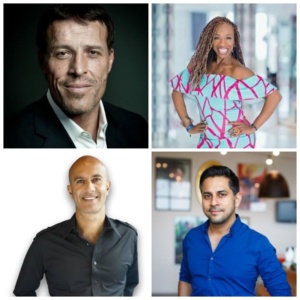 Today I am a confident speaker, but I still fight with anxiety.Everyone does.

Even the renowned international speakers like,Tony Robbins, Robin Sharma, Lisa Nichols, Vishen Lakhiani feels that anxiety going before they hit the podium.We can never question anyone though. But my point is that anxiety comes naturally to human mind.

Here is the catch;

Renowned international speakers have found their own ways to overrule fear. But most of us does feel panic attacks for a minute or may be sometimes longer thinking of speaking at podium.

Remember our brains are wired with fear. I don’t lie 🙂

Let’s discuss at what stages anxiety comes naturally to us as humans and how we can handle it.

Fear of public speaking comes broadly into these three stages;

For me, I found that I needed to memorize my material, but once memorized, and once I had it, I not only “recite” it, but rather immersed myself in the meaning of it. That’s the best way I have learned so far.

I have experienced that I didn’t use all the same words exactly that I had written out, but did cover all the thoughts with my audience to brief the central idea of my talk.

Sometimes I extemporized a little when something came to mind in the moment because the mind is a powerful thing and ideas comes in fraction of seconds which is faster than your preparation many times.

This kept it from seeming to be hard and rigid, and gave it a bit of spontaneity and life.

This is real panic moment with rapid heartbeats. Honestly, I have experienced it number of times during my keynotes. When your turn is to be announced, the mind starts murmuring.

Remember, our brains are wired with fear and it begins from self-deprecation to highly pessimistic thoughts such as;

So on and so forth….

Here is the major breakthrough I got in public speaking and trust me it all comes down to this Harvard research:

You might have heard people saying when you feel ‘anxiety’ during or before the talk, be calm and you will be normal.

“It’s easier to convert anxiety into another strong emotion like excitement.”

In a clever research by Harvard professor Alison Wood Brooks;

Instead of saying “I am calm,” people gave more compelling speeches when they said “I am excited. .”A substantial literature demonstrates that reappraising negative emotions is more effective than suppressing them.

Pre-performance anxiety can be managed.

Reappraise ‘anxiety’ into ‘excitement ‘because arousal congruent is common.

So, no need to calm. Calmness is a low energy effect. Somewhere your talk will get impacted if you feel calm and full recovery may not happen radically. Rather, reappraise your ‘anxiety’ to ‘excitement’ and within no time you will command your speech.

Anxiety happens to lot of singers as well when they start singing before microphone.

Anxiety is backed by negative appraisals, uncertainty and lack of control on your talk, whereas excitement is backed by positive reinforcement and optimistic values of life.

We are human beings and we can forget anything anytime.

So, what can be done to avoid forgetting of speech?

If you wish to create a long lasting impact and gain rapport of listeners, preparation will take you to another level always.

In Ted talks format during the practice sessions,at times they ask speakers to speak in front of group of people to get that tone right along with maximal anxiety and to set that arousal seeing the faces of audience. Sometimes audience make awkward faces too which you are not aware about, so better be prepared.

A public speaker can carry cue card also to memorize key points and explain it in their own natural flow. I have seen a few speakers coming to MS Talks public speaking conference follow this technique but then your connect with audience is always at stake, keep that in mind.

Some of the profound ways which T.Harv Eker also suggests in his seminars is to note down the key points in cue card and keep it on dais. The explanation can be done by you with a natural flow and you can go back to refer the key points. Audience don’t mind you going to refer your notes..

If I am speaking on the topic ‘Physiology’ and ‘Emotion’ with cue card in my hands;

I should know minimum 100 words on ‘Physiology’ and another 100 words on ‘Emotion’. This makes it 200 words. Enough to impress audience with your speech.

I hope I am able to specify the highlighters to overcome fear and anxiety of public speaking.

Once you start speaking at different venues, you only get better from there and there is no looking back.

Now, it’s your turn. Share your point of views and experiences on how can one overcome fear of public speaking with me so that I can also learn from you.

*Photo credits : To all the original owners with due respect.

*Harvard research: It is a complete study , only read page no 1149-1150 to understand about public speaking anxiety in the link given.

Author Sherry is a Public Speaking Coach in Delhi.

Delivered more than 100 keynotes in last 4 years of his journey of speaking.